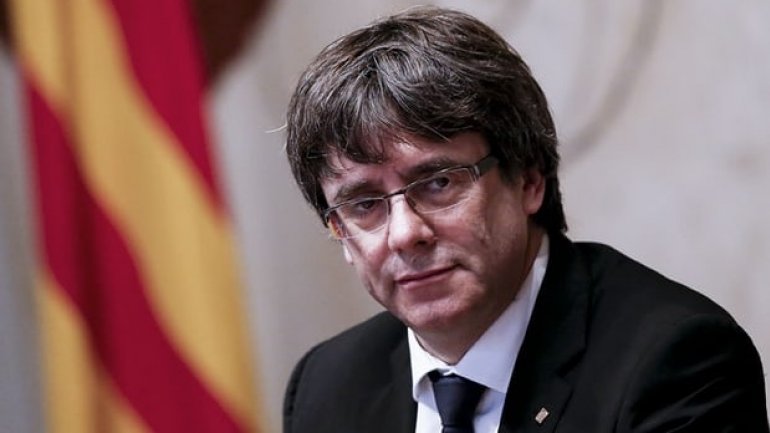 Catalan president has given his speech in European Commission which states the decision on Catalan independence, international mediation to resolve to the crisis and convinces the region conflict can be resolved in a negotiated way.

This is starting point of history of Catalan people.

The Catalan leader starts his speech"

I am not planning any threat, any insults. We are all responsible for this. We need de-escalate the situation, not feed it any longer. I want to address everyone about the issue.

We are all part of the same community and we need to go forward together. We will never agree on everything, but we have proved many times that the only way to move forward is with democracy and peace. That requires dialogue.

The Catalan leader continues to speak about the integrity of the referendum, and thanks those who made the vote possible.

Puigdemont condemns the police violence that was seen during the referendum.

I want to explain now why we are here. I think we should explain ourselves. Since the death of the dictator Franco, Catalonia has contributed massively to Spanish democracy.

Catalonia thought the 1978 Spanish constitution could be a good platform for democracy, and got involved. But later, we realised that the Spanish authorities were seeing this as the final target, but for us, it was a transition.

In 2005, 85% of this parliament, following the procedures that the constitution establishes, approved a new statue for Catalonia, and that triggered a massive anti-Catalan campaign by the people that want to govern and dominate Spain at any price.

Carles Puigdemont has switched from Catalan to Spanish, and is now addressing the Spanish people.

We are not criminals, we are not mad. We are normal people, and we just want to vote. We have been ready to talk and have dialogue. We have nothing to against Spain authorities. We want to have a better understanding with Spain. The relationship hasn’t been working for many years, and now it’s unsustainable.

Puigdemont also insisted on the Catalan people's dialogue to be heard internationally.

We are willing to dialogue. We want to be heard and respected.

I want to follow people’s will for Catalonia to become an independent state.

The parliament erupts with applause. But he says the government wants to delay any formal declaration. He continues:

We propose to suspend the effect of the independence declaration... in order to work towards putting into practice the result of the referendum... Today, we are making a gesture of responsibility in favour of dialogue.