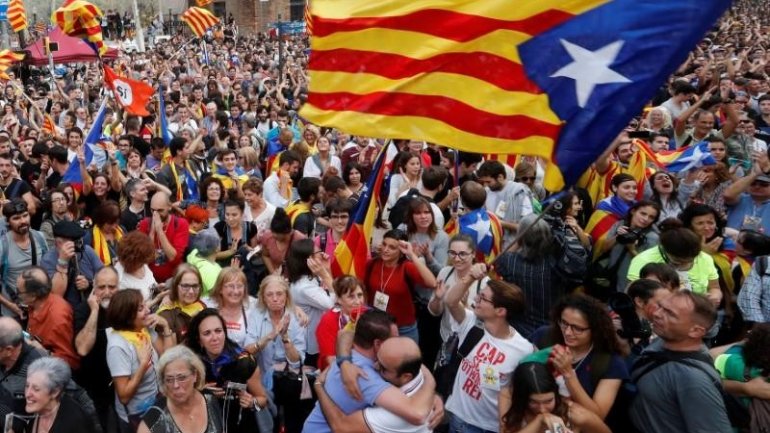 The Catalan regional parliament has voted to declare independence from Spain, just as the Spanish government appears set to impose direct rule. The move was backed 70-10 in a ballot boycotted by opposition MPs. Spanish Prime Minister Mariano Rajoy earlier.

The Catalan government said that of the 43% of potential voters who took part in the referendum, 90% were in favour of independence. But Spain's Constitutional Court had ruled the vote illegal.

In all, the motion declaring independence was approved with 70 in favour, 10 against and two abstentions in the 135-seat chamber.

Spain's Senate is still to vote on whether for the first time to enact Article 155 of the Spanish constitution, which empowers the government to take "all measures necessary to compel" a region in case of a crisis.

It would enable Madrid to fire Catalan leaders, and take control of the region's finances, police and public media.

The vote for independence came minutes before Mr Rajoy  was granted  “exceptional measures” to impose direct rule on Catalonia following its referendum on independence.

Fernando Martínez-Maíllo, chief spokesman for Mr Rajoy's Popular Party, said the government will "proceed in a matter of hours to restore legality in Catalonia with the application of Article 155".

Earlier that day, Mr Rajoy said "exceptional measures should only be adopted when there is no other possible remedy,”

With Mr Rajoy’s Popular Party having a majority in the chamber, the senate approved the first-ever application of Article 155 of the Spanish constitution on Friday afternoon, meaning the government of Catalan President Carles Puigdemont could be removed from power on Saturday.