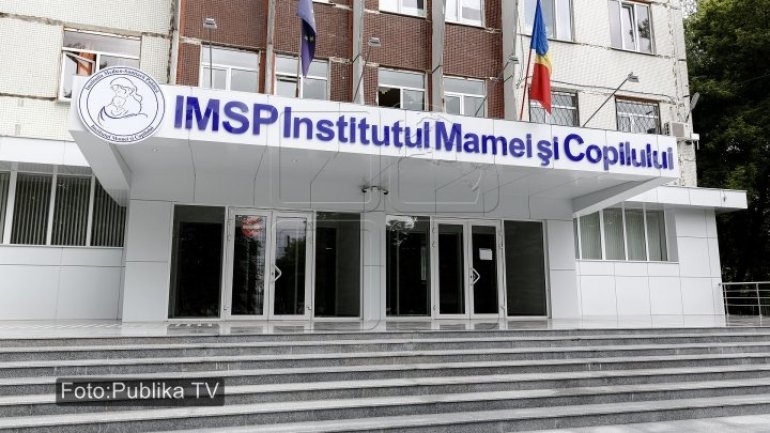 The head of the Department of Gynecology at the Mother and Child Institute (IMC) and the chief nurse of the department were dismissed as a result of the investigation into aborted woman in the hospital.

In addition, the nurse who was on duty was fired, and the on-call doctor who was on December 13-14, and the director of the prenatal center, received harsh reproof. This was announced by IMC director Sergiu Gladun at a press conference.

According to the committee chief, Iurie Dondiuc, the patient was recommended for abortion due to the presence of fetal developmental abnormalities that ranged from 19 to 20 weeks.

One of the mistakes was that the patient was sent to buy drugs from the pharmacy, when the medical institution is provided with all the necessary drugs used in these cases.

"We received response from the physician that there are some cases the drug department were not in necessary rhythm and had days off, and sometimes we suggest the patients buy these medicines. However, there is still a combined drug that is in the pharmacy network. The doctor thought this complex was more effective - a pretty serious violation", said the chairman of the committee, Iurie Dondiuc.

Another violation was the lack of effective monitoring and communication with the patient.

"The woman aborted in the toilet - this should not have happened. There had to be a more serious monitoring. This process of challenging contractions, opening the uterus and expelling the fetus with anomalies lasts over time and depends on many factors , including the body's capabilities, which may take between 24 and 48 hours, and the patient has some sensations that she has probably confused with the physiological ones, and he has decided to go to the toilet - something that should not be happening", concluded Dondiuc.

"There was inadequate information from the attending physician and health care and inadequate supervision by the care physician in the process of carrying out this abortion. The physician on duty had to visit her more often, to perform a better examination - all of these things have not been done, "Iurie Dondiuc said.

In turn, the state secretary from the Ministry of Health, Labor and Social Protection, Boris Gîlca, said that part of the blame in this case was also borne by the administration of the institute, which received a harsh reproof.

"I'm sorry, but the director of BMI is personally blamed on this case, so I will have your warning as the first and the most gentle punishment but will be in control. We will order the medical director from IMC - the sanction by harsh reprimand, we support those sanctions that you have voiced by releasing people from office and from duty. We do not go against colleagues, doctors, we want to go the right way in conducting the medical act", said the Secretary of State, Boris Gîlca

PUBLIKA.MD recalls that this case took place two weeks ago, and the woman announced this on a social network.

The woman claims she had to interrupt the pregnancy because of the malformations of fetus. She accuses doctors of negligence and states that the staff did not give her the necessary help.

The young woman says she will file a complaint when she returns to the country.

Police filed a case for negligence in the service.