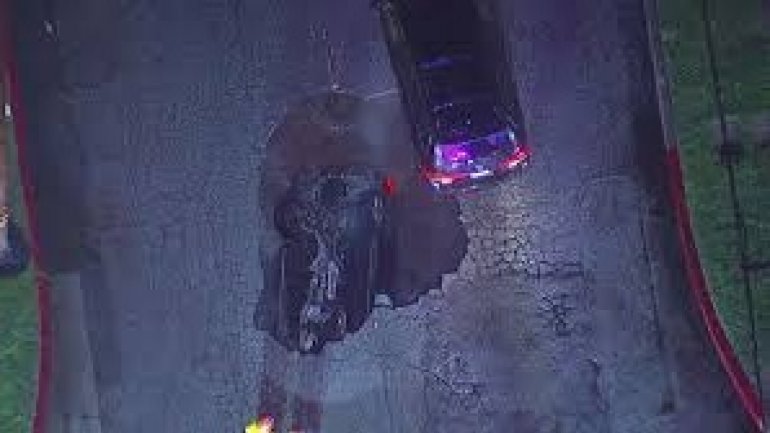 Two cars have fallen down a sinkhole in Studio City, a Los Angeles neighbourhood in the US, BBC reports.

The drama of the second one, teetering on the edge and then tumbling down, was shown on live television.

One of the strongest storms in years - dubbed a "bombogenesis" or "weather bomb" - has hit California.