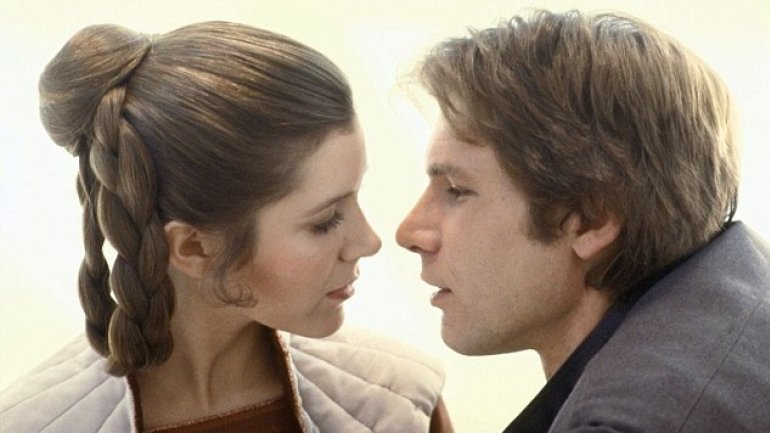 Carrie Fisher poked fun at reports that she called Harrison Ford 'bad in bed', quipping that she would never comment on how someone was 'in any furniture'.

The Star Wars actress used her Twitter account to deny the claims, which she puts down to a misread on her new autobiography The Princess Diarist, reports Daily Mail.

The 60-year-old let the cat out of the bag on their secret affair inside the memoir, having kept the 'intense' three-month tryst a secret for 40 years.

The original Princess Leia actress tweeted: 'I would never talk about how someone was in any furniture - chair, bed, coffee table or otherwise.'

She went on to tell PEOPLE: 'Any reports claiming I said Harrison was bad in bed are utterly false. People should perhaps read the book.'

Radar originally claimed an extract insinuated that 'their first lovemaking experience didn’t exactly send her to the stars but she forgave him because “he really was handsome.”'

Fisher herself told People magazine of the three-month affair: 'It was so intense. It was Han and Leia during the week, and Carrie and Harrison during the weekend.'

Fisher and Ford reunited on screen last year in Star Wars Episode VII: The Force Awakens. In the course of the original trilogy, Fisher and Ford's characters fall in love.

Ford, 74, has been married three times, divorcing his first wife Mary in 1979 and separating from his second wife, screenwriter Melissa Mathison, in 2001 when the couple later divorced.

He has been married to Ally McBeal actress Calista Flockhart since 2010, they have an adopted son. He now has three grandchildren.