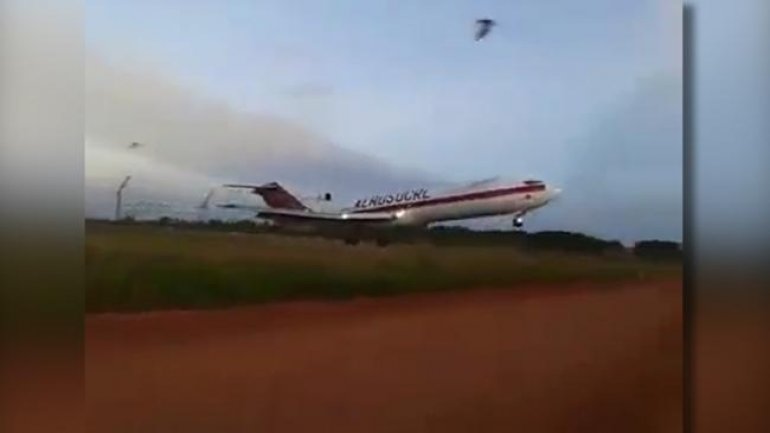 A cargo airplane operated by the Colombian carrier Aerosucre crashed just three minutes after takeoff on Tuesday evening, killing five crew members and sending a flight technician to the hospital with injuries, according to abcnews.go.com.

The Boeing 727 can be seen tilting to one side and veering off the runway as it attempted a takeoff at around 5:20 p.m. at the German Olano airport in the city of Puerto Carreno in eastern Colombia, near the border with Venezuela, Aeronautica Civil, Colombia's aviation authority, said.

The plane crashed at 5:23 p.m. almost immediately after departing on its route to Colombia's capital city of Bogota. Aviation firefighters arrived at the scene, 10 miles from the airport, to handle the emergency just minutes after the crash, Aeronautica Civil said.