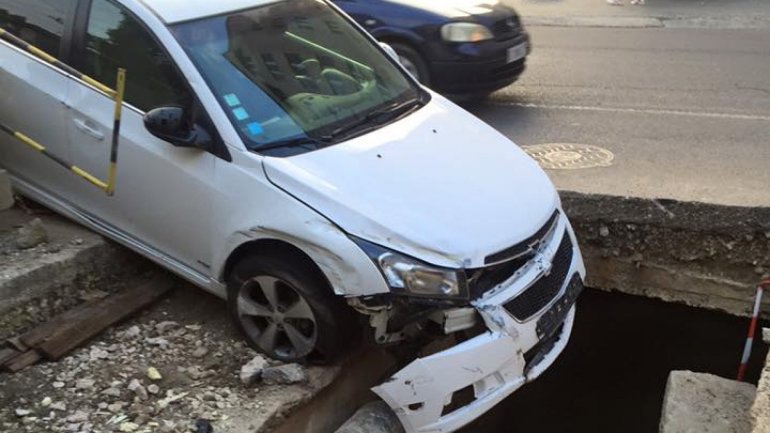 Last evening on Burebista street, from Botanica sector, a 26-year-old man drove his car into a pit.

At around 11 pm, the man failed to notice the traffic signs surrounding it and ended up falling right into the freshly dug out pit by Termoelectrica, hitting a water pipe that was to be repaired.

Luckily nobody got hurt.

According to the police, the man didn't notice the signs.

"A team was dispatched to the site. They set up the signs for the region to be avoided. Made the driver take a breath test, he was sober and had a driver licence" press officer Natalia Stati declared.

The man lifted his car on the following morning.

According to representatives from Termoelectrica, no pipe was damaged and the repair works will continue on October 12.

Workers have afterward fenced the pit and reinstalled the traffic signs.

The 5-meter deep pit was dug out by Termoelectrica employees for repair works. Despite being fenced and surrounded by traffic signs, it still represents a danger for drivers, especially during the night, when visibility is reduced.

The driver received a 1 500 lei fine and 6 penalty points for careless driving and causing an accident.