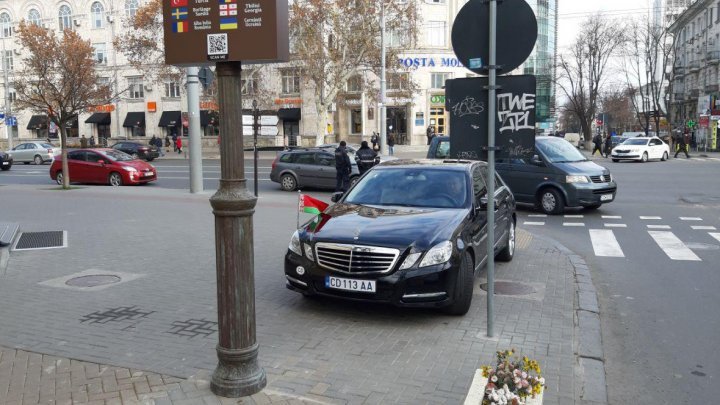 A car from the Belarusian Embassy in Chisinau was seen parking irregularly on the sidewalk in front of the City Hall. The photos taken at the intersection of Vlaicu Pârcălab and Ştefan cel Mare streets were sent to Publika and notified to the police.

The car, which has diplomatic registration numbers, seems to block the sidewalk for pedestrians.

The press officer of the National Patrol Inspectorate, Diana Fetco, could not identify immediately what the driver risks if found guilty.

"The process of identifying the driver has been initiated with the submission of a request to the Ministry of Foreign Affairs in order for the latter to notify the diplomatic mission about the violation", said Diana Fetco .

Publika recalls that a car with diplomatic number leaving from the parking lot of the Qatar Embassy also violated the road traffic rules. It's unclear if that driver was fined.