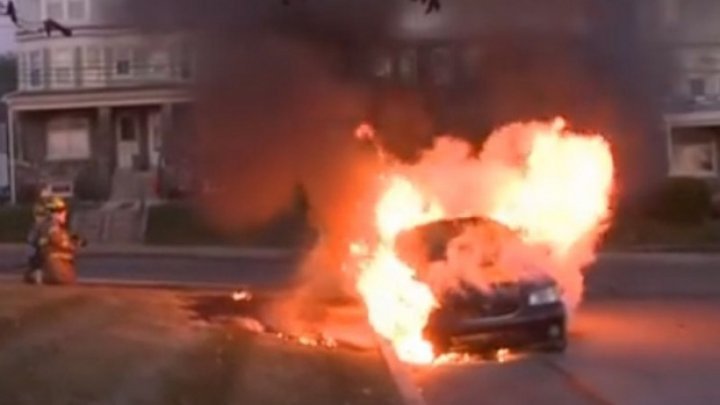 A car was set to fire in the courtyard of a block on Zadnipru street in Ciocana sector of Chisinau.

The fire caused a loud bang that a guard in nearby school heard. The firefighters immediately arrived at the scene.

"I noticed how smoke comes out quickly. More and more people gathered to the incident."

No casualties are recorded, fortunately.

The car owner refused to speak with the media team but he ensured nothing wrong with the car.

According to firefighters, someone called 112 at around 3:30. The rescuers are investigating the cause of the fire which damaged 30 percent of the car.

In the past 24 hours, fifty interventions have been made for risk situations.