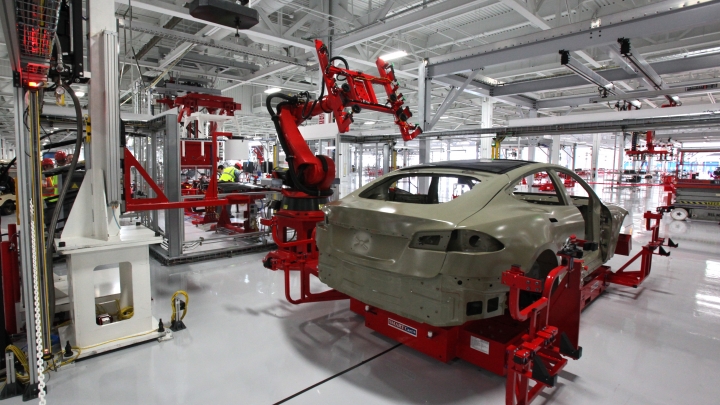 U.S. industrial production rose more than expected in June on large gains in automotive manufacturing and utility output, the Federal Reserve said on Friday, a sign that the economy was regaining momentum at the end of the second quarter.

The industrial sector measured by the U.S. central bank comprises manufacturing, mining, and electric and gas utilities. It has shown halting signs of improvement after a downturn over the past 18 months caused by weak global demand, a strong dollar and the fall in oil prices.

In June, however, manufacturing output rose 0.4 percent after an upwardly revised 0.3 percent fall in May, while production of consumer goods rose 1.1 percent. Output of automotive products jumped 5.9 percent, while machinery output was up 1.1 percent, the Fed said. Output of computers, electronics and appliances increased 1.5 percent.