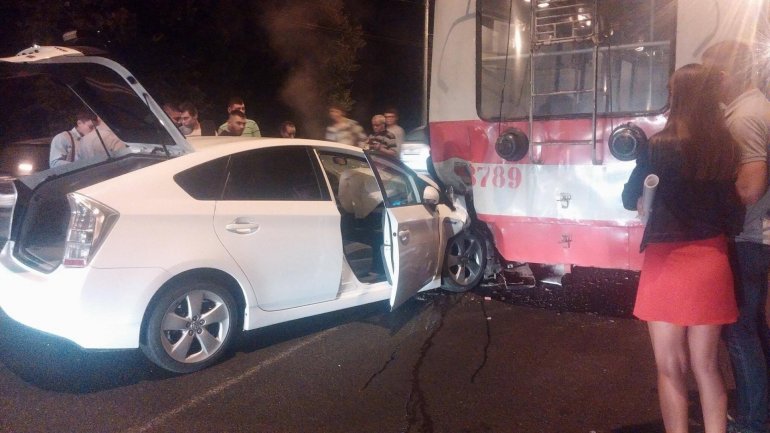 Last evening on Alecu Russo Street, from Râșcani Sector of the Capital, a Toyota car driver has collided with a route No. 24  trolleybus, after he tried to pass another car.

Passengers were frightened, but lucky nobody was gravely injured.

The impact took place when a 43-year-old driver, of a Toyota, has tried to pass a BMW car, but ended up colliding with a parked trolleybus.

Both vehicles were seriously damaged.

The conductor stated that the impact was unexpected and frightened the passengers.

No more details were offered on this case.

The person found guilty of the accident will be given a 1.500 lei fine and 6 penalty points.