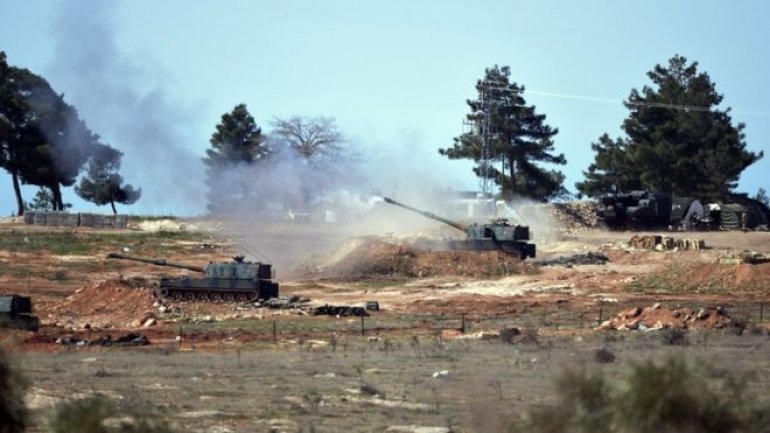 At least 43 people were killed Saturday when a car bomb went off in a busy market in a rebel-held Syrian town along the Turkish border, activists and rescue workers said.

The explosion ripped through the central market in the town of Azaz in the northern province of Aleppo, damaging a government building and local court house as well. Rami Abdurrahman, the head of the Syrian Observatory for Human Rights monitoring group, said those killed included six opposition fighters. He said the explosion was caused by a rigged water or fuel tanker, which explains the large blast and high death toll.

Other activist groups, including the Azaz Media center, put the death toll at 50, adding that search and rescue operations continued for at least two hours after the explosion. The Observatory said the explosion took place near the local court house operated by rebel groups.