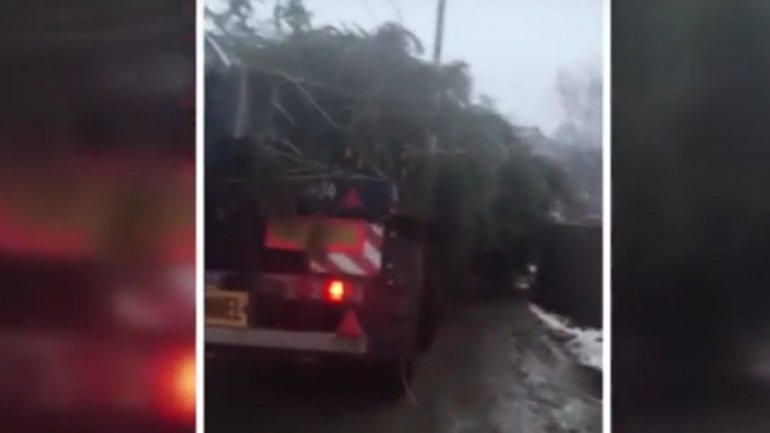 A a long road, the biggest Christmas tree the Capital have ever seen is now on the way. Despite the bad weather, it is foreseen for the tree to arrive today in the City's heart.

PUBLIKA reminds that City Hall has found the tree which will decorate the heart of Chisinau. The Christmas tree is around 30 meters tall, which is by 10 meters more than the tallest tree to ever been installed in the Capital.

The tree was purchased from Iaremcea region, Ivano-Frankivsk, Ukraine for 15 000 lei.