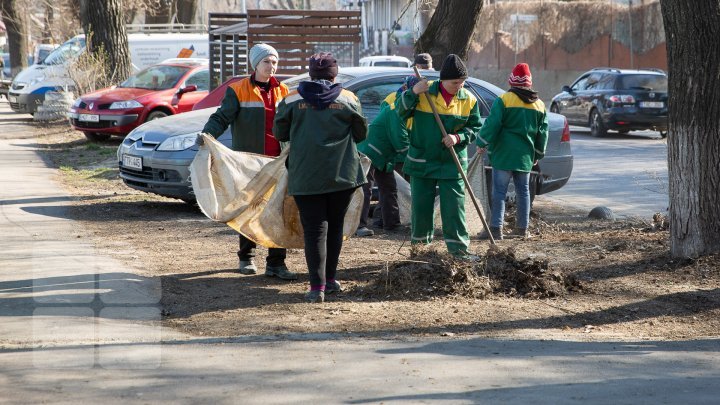 Interim Mayor of Chisinau, Ruslan Codreanu, is calling for cleaning city. The official went to check the sanitation works on Muncesti street in Botanica. Workers said they would make city totally clean until Easter.

Workers from Green Spaces and Exdrupo Municipal Enterprise are collecting all garbage on Muncesti street.

"There's lots of trash. We worked on Munceşti and will come to other parts".

"They do nothing. We are held accountable."

Ruslan Codreanu urged all Capital's citizens and economic agents to support the workers. He specified that economic agents who fail to clean adjacent areas of their buildings would risk fine between 900 lei and 9,000 lei.

According to the interim president, everyone interested can join a large campaign of sanitation of Bîc river. The event will be held on the occasion of World Water Day, celebrated annually on March 22.