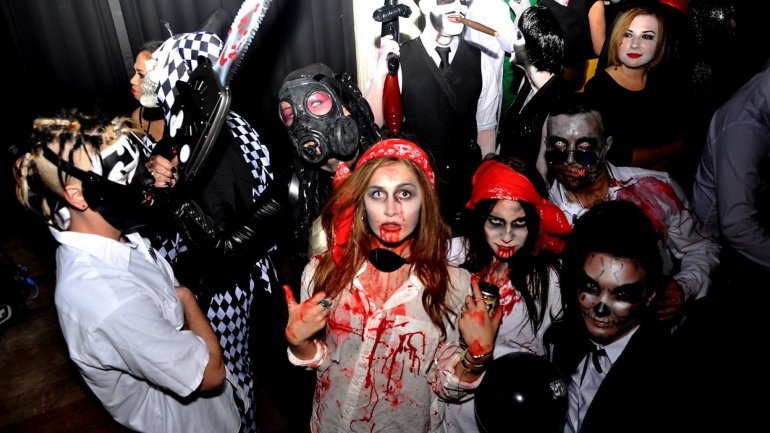 Night Clubs and Bars from the Capital were filled last night with witches, vampires and monsters. Those that love to party have yesterday went out to celebrate Halloween.

A Commercial Center has organized a magic shown for hundreds of disguised people.

Regardless the age, people has dressed as their favorite characters:

"I used glue and some paper tissues, as well as a can of coca cola. The fake blood was pained with water colors."

"I dressed as a cat, like Batman's mother. The little guy's costume was chosen by his father."

"I love this holiday. The costume is inspired from the movie Star Wars."

Organizers have prepared contests and surprises, while those who showed most resourceful people went home with prizes.

The Holiday spirit persisted even in cafes from around the town. Clients have dressed in original costumes:

"I decided to be a bride once more. The make up took me an hour and a half to make. My husband is dressed like a ghost."

"We are in a good mood. This is a great reason to have some fun."

"We concentrated more on the decorations, to have a room different from that of other days. We also have prepared traditional pumpkin food. There will also be some competitions, to chose those that have the best and scariest costumes" organizer Doinean Petcu declared.

Nightclubs from the Capital could barely fit guests who came to party until late night.