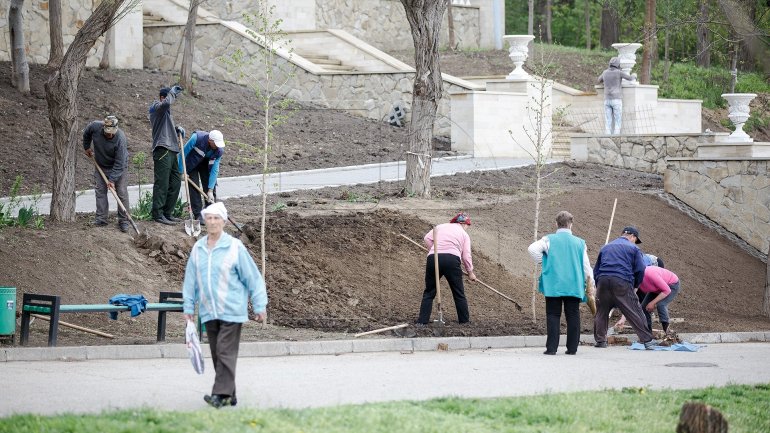 Winter has passed, but the piles of garbage have remained behind. In Chisinau, misery is everywhere: on the streets, in parks and on the outskirts.

As the capital of choking because of the tons of waste, the authorities launched the campaign sanitation.

Hundreds of people work as hard as possible in order to ensure the change in the city for Easter.

Municipal authorities blame residents for the dirt in Chisinau.

Sanitation officers destroyed their enthusiasm for work, after seeing that their work is not appreciated. Workers ask tough fines for those who throw garbage in unauthorized places.

Sanitation campaign will last until April 14th. Until then, employees of "Green Spaces" and the Department of Housing will clean up the streets, the courts of the blocks and green areas in the city.