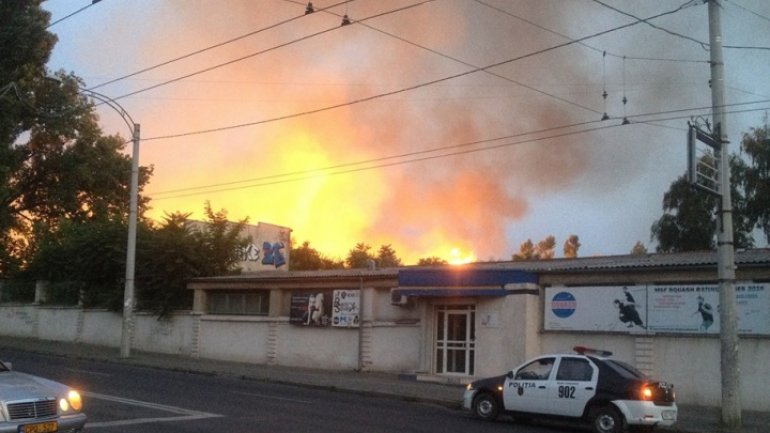 Violent fire at the largest deposit of branches in the capital. The piles of bunkers transported to the Republican Stadium, after the heavy snowfall in April, got burned this night.

More than 80 firefighters with 16 truckers intervened on the spot to quench the flames. The fire was localized after about three hours.

The fire broke out around four o'clock. The four outbreaks were localized by firefighters at 7:00. Flames affected an area of 6,000 m2.

According to preliminary information, over 15,000 m³ of wood have been stored on the Republican Stadium.