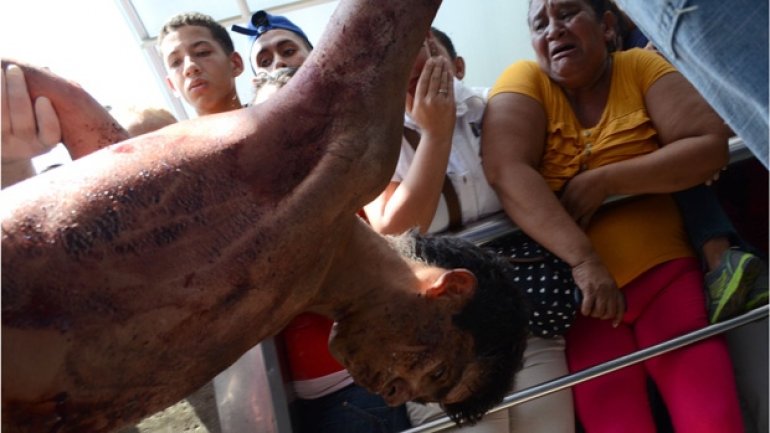 Venezuelan authorities are investigating gruesome accusations that two men were murdered, mutilated by a confessed cannibal then fed to fellow prisoners in a riot at a police detention center.

Families of the two victims, Anthony Correa and Juan Carlos Herrera, said they died earlier in October toward the end of a month-long disturbance and siege at the overcrowded jail in the western city San Cristobal.

"They stabbed my son, hung him to bleed him, then called this man to cut him up. They did the same with the other young man," Herrera's father, also called Juan Carlos, told reporters, saying other prisoners had described it to him.

Correa's mother, Luz Sepulveda, said at the end of the siege, she noticed her son was neither in the list of detainees nor in a group being transported away.

"A public prosecutor came out and said he had to tell me something very painful: 'Your son was one of those they killed and ate'," she told Reuters from a house where she was in hiding for fear of reprisals for telling the story.

Both families said a self-confessed serial killer Dorangel Vargas, known to Venezuelans as "People-Eater" because of reports he cannibalized victims, had been used by a gang at the jail to dismember the bodies of their rivals.

The government has confirmed two deaths but not the circumstances. It has also arrested six policemen accused of helping prisoners.

Local opposition member of congress Franklyn Duarte said he has a video proving the cannibalism and would hand it to authorities with other evidence.