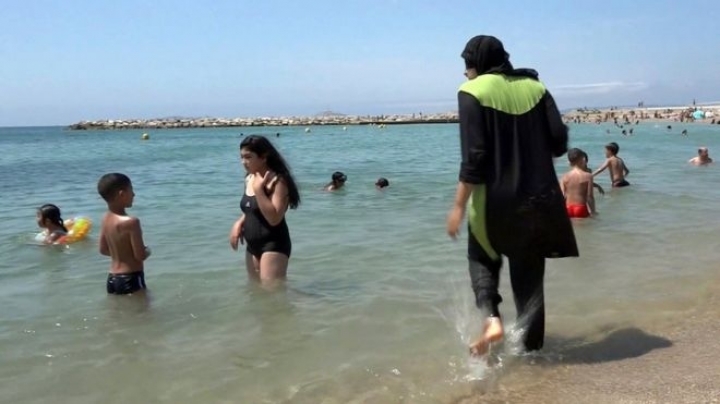 The mayor of Cannes in southern France has banned full-body swimsuits known as "burkinis" from the beach, citing public order concerns, reports BBC.

David Lisnard said they are a "symbol of Islamic extremism" and might spark scuffles, as France is the target of Islamist attacks.

France is on high alert following a series of incidents including July's truck attack in nearby Nice.

Anyone caught flouting the new rule could face a fine of €38.

They will first be asked to change into another swimming costume or leave the beach.

Nobody has been apprehended for wearing a burkini in Cannes since the edict came into force at the end of July.

This is not the first time that women's clothing has been restricted in France. In 2011 it became the first country in Europe to ban the full-face Islamic veil, known as the burka, as well as the partial face covering, the niqab.

Earlier this week a private waterpark near Marseille cancelled a burkini-only day after being subjected to criticism.

Mr Lisnard confirmed to local media that other religious symbols such as the kippah (Jewish skullcap) and the cross would still be permitted, and the ban would not apply to the veil that some Muslim women wear over their hair.

The League of Human Rights (LDH) said it would challenge the ban in court.

The Collective Against Islamophobia in France (CCIF) is also expected to mount a legal challenge against the decision. Its lawyer Sefen Guez Guez called the ban "illegal, discriminatory and unconstitutional".