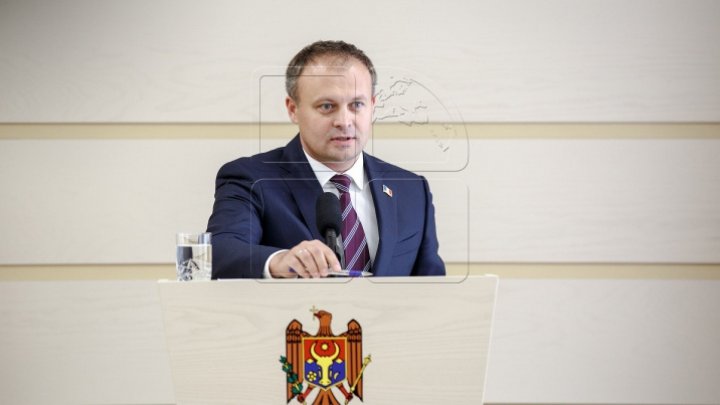 More journalists and NGO representatives today held a march on the occasion of the World Press Freedom Day.

At the same time, some of them organized a protest in front of Parliament. In this context, the head of the Legislature, Andrian Candu, mentioned that in the group there are some notorious journalists but also people who have never written a news story and have no idea what they say when they talk about the development of the media.

"These people do nothing but write projects, get external finance and need to consume that money. They take this day to organize protests. But instead of organizing protest better, they made something which would remain for media colleagues who know how to write news," said President of Parliament Andrian Candu.

Asked why he did not go to the journalists' protest today, Andrian Candu said:

"All journalists have received an invitation today to attend an event dedicated to them. They could come to visit the press room, discuss many items and see the beautiful exhibition we organized.

Based on last year's requests regarding the lack of good legislation on access to information, we have new provisions related to the Audiovisual Code, the lack of a concept and a strategy for developing the media, then on the basis of these claims I created a working group and invited them into this working group to draft this legislation and promised them to create legislation and approve it in Parliament. Some people who were very vocal there last year did not come to any meeting. Nobody has been forced to propose, to do, and to accept and approve. This means bad intent and a certain action to be taken without effect. "