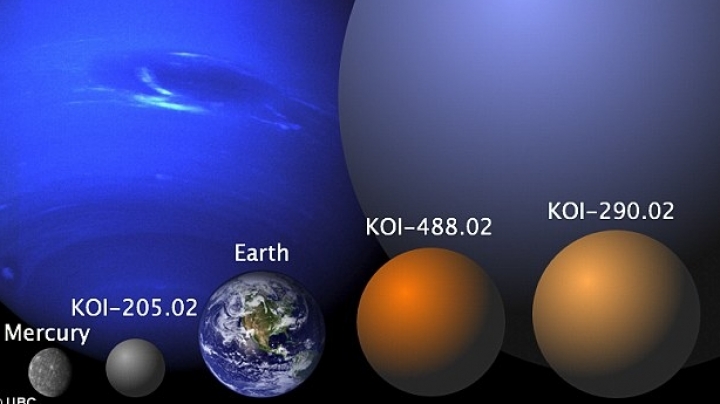 Four planets just outside of our solar system have been discovered by a university student in Canada, and one could hold the possibility for life.

The biggest of the four worlds is larger than Neptune, and the researchers say it lies within the habitable zone of its star.

Its size suggests the exoplanet may even have large moons that contain liquid water oceans, drawing comparisons to the fictional moon-world ‘Pandora.’

Until they’re independently confirmed, the four worlds discovered by Michelle Kunimoto of the University of British Columbia remain ‘planet candidates.’

The physics and astronomy student, who graduates today from UBC, sifted through data from Nasa’s Kelper spacecraft for months as a part of one of her courses, looking for anything other scientists may have missed.

It’s the fourth planet, however, that is the most remarkable. KOI-408.05 sits 3,200 light years away from Earth, and its position relative to its star suggests temperatures may allow water, and even life.

The planet is slightly larger than Neptune, and may have similar features.

Read more on The Daily Mail.