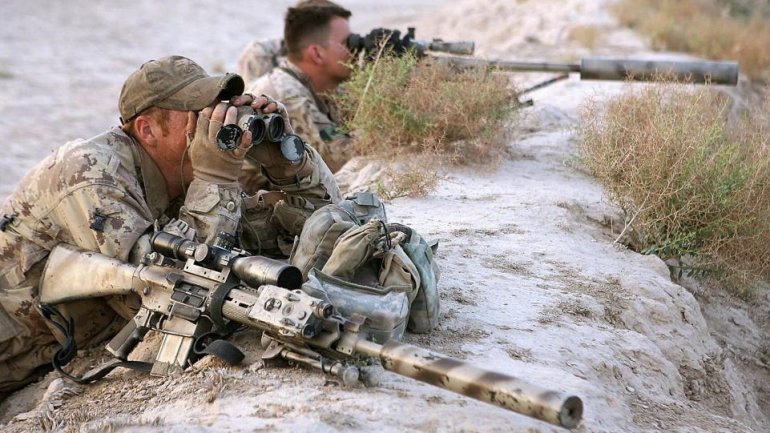 A sniper in the Canadian special forces shot and killed an Islamic State (IS) fighter from a distance of 2.1 miles (3,540m) in Iraq last month.

Military sources told Toronto's Globe and Mail newspaper the soldier was a member of Joint Task Force 2, and made the shot from a high-rise building.

It took the bullet almost 10 seconds to hit its target, it reports.

The Canadian Special Operations Command confirmed to the BBC the sniper "hit a target" from that distance.

The shot, which sources tell the paper was filmed, is thought to be a record for the longest confirmed kill.

The sniper worked in tandem with an observer, who helps to spot targets, and used a standard Canadian military issued McMillan TAC-50 rifle.