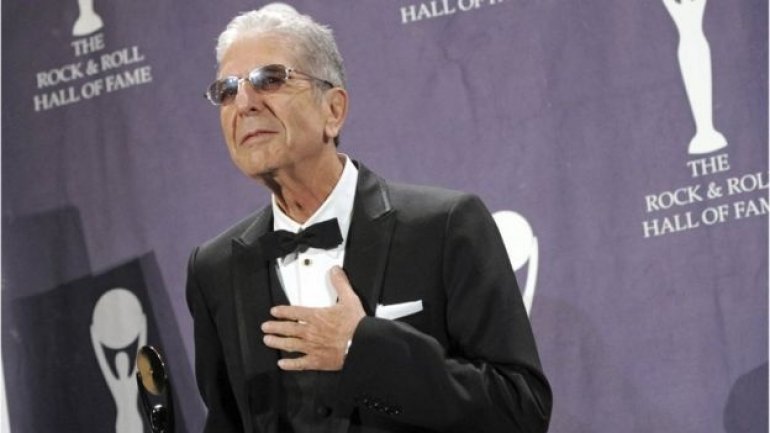 The news was announced on his official Facebook page, but no details about the cause of death were given.

"It is with profound sorrow we report that legendary poet, songwriter and artist, Leonard Cohen has passed away," the statement said.

Canadian Prime Minister Justin Trudeau led tributes to the singer, who was known for hits including Hallelujah and Dance Me to the End of Love.

"It is with deep sorrow that I learned today of the death of the legendary Leonard Cohen," Mr Trudeau said in a statement.

"He will be fondly remembered for his gruff vocals, his self-deprecating humor and the haunting lyrics that made his songs the perennial favorite of so many generations."

Fans are gathering outside Cohen's Montreal home to light candles and lay flowers.

Cohen's son Adam told Rolling Stone: "My father passed away peacefully at his home in Los Angeles with the knowledge that he had completed what he felt was one of his greatest records.

"He was writing up until his last moments with his unique brand of humor."

A memorial for Cohen will take place in Los Angeles at a later date, the Facebook announcement added.

The Montreal-born singer's hits included Suzanne, Bird on the Wire and I'm Your Man and he released his 14th album, You Want It Darker, just last month.

He was inducted into the Rock and Roll Hall of Fame in 2008.

John Lissauer, the producer who worked with Cohen on Hallelujah as well as a series of albums in the 1970s and 1980s, described the singer as "almost mythical".

You Want It Darker received great critical acclaim, with Rolling Stone calling it a "late career triumph" while The Telegraph described it as a "bleak masterpiece", awarding it five stars.

The Guardian also gave it full marks, praising the album as "wise and honest" and Pitchfork said the album "feels like a pristine, piously crafted last testament, the informed conclusion of a lifetime of inquiry".

Leonard Cohen was called "the high priest of pathos" and the "godfather of gloom".