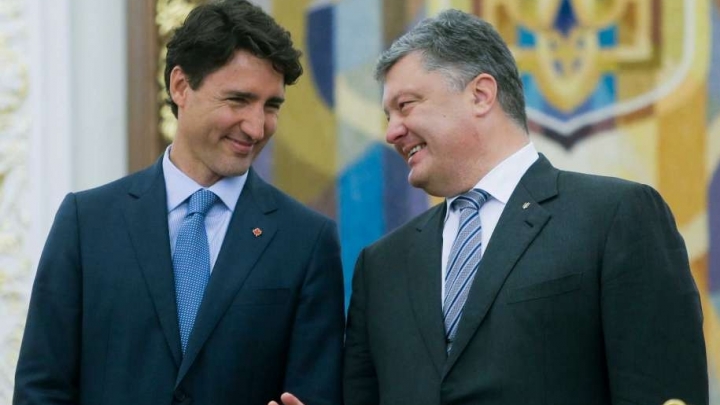 Canadian Prime Minister Justin Trudeau says Russia has not been a "positive partner" as regards its obligations in international efforts to end a Moscow-backed separatist conflict in eastern Ukraine.

Speaking in Kyiv on July 11, Trudeau said "it is obvious that Ukraine has made some extremely important and difficult steps in parliament and in their institutions to live up to their responsibilities on [the] Minsk [cease-fire agreement]."

"And it's also clear that [in terms of] the security side of the Minsk implementation, Russia has not been a positive partner,” Trudeau said.

Trudeau, who is in Kyiv on a two-day official visit, pledged $13 million in new humanitarian assistance to Ukraine.He also announced an increase in the number of Canadian observers for the Organization for Security and Cooperation in Europe (OSCE) in eastern Ukraine.

Negotiations for the deal were concluded last year and the agreement needs to be ratified by both the countries' parliaments before it can come into force, RFE reports.