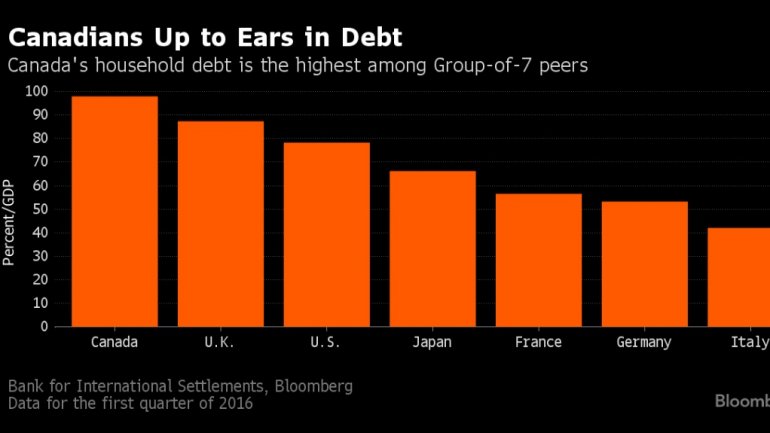 Canada’s debt, swelled by a decade-long housing boom to almost triple the size of its economy, is drawing increasing concern from an international banking community that says it threatens growth and financial stability.

The combined debt of Canadian governments, companies and households reached $4.4 trillion in the first quarter, or 288 percent of gross domestic product, exceeding the same gauge for the U.S., the U.K. and Italy, according to the Bank for International Settlements.

While Canada boasts the lowest government debt load among Group-of-Seven countries, household debt is the highest of its peers, the Basel, Switzerland-based BIS said last month in its quarterly report.

In September, Statistics Canada reported household liabilities rose to 100.5 percent of GDP, exceeding the size of its economy for the first time.