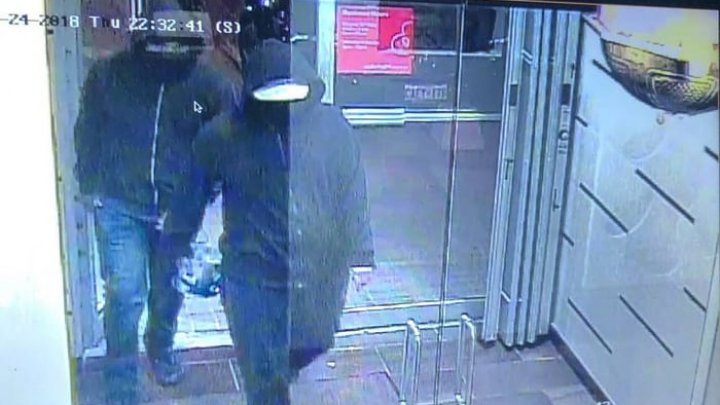 More than a dozen people were injured after an improvised explosive device was detonated inside a restaurant in Mississauga, a Canadian city neighbouring Toronto, writes The Guardian.

About 15 people were taken to hospital after the blast at the Bombay Bhel restaurant. Three people, understood to be Indian-Canadians, whose injuries were initially described as critical by the Peel regional paramedic service were later said to be in a stable condition.

Peel regional police said on Twitter that two men in their mid-20s had detonated an improvised explosive device inside the restaurant. The men, whose faces had been covered, fled the scene shortly after dropping the device.

“We have no indication to call it a hate crime or any kind of terrorism act,” said Sgt Matt Bertram.

“Nothing was said by these individuals,” he added. “It appears they just went in, dropped off this device, and took off right away.”

Police posted a photograph on Twitter that appears to show two people with dark zip-up hoodies walking in with one of them carrying something. It was too early to determine what the device was, said Bertram.

“Different callers called in and said it was firecrackers or some said gunshot sort of noises. I don’t think it was an explosion that was rocking anything,” he said, Associated Press reported. “Until we can get in there and analyse the material after the search warrant we won’t be able to say what it was.”

Roads in the area were closed and a large police presence was at the scene, with heavily armed tactical officers arriving as part of the large emergency response, local media reported.

The blast occurred just after 10:30pm, media reported. Mississauga, Canada’s sixth-largest city, with a population of 700,000, lies about 20 miles (32km) west of Toronto.

Andre Larrivee, who lives nearby, told CTV he was watching television when he heard a loud explosion.

Hours after the incident, the Indian consulate in Toronto tweeted it had opened a helpline for those seeking assistance following the blast.

Vikas Swarup, India’s high commissioner to Canada, tweeted that India’s consul general in Toronto had visited the injured in hospital.

The blast comes a month after a driver drove his white Ryder rental van into a lunch-hour crowd in Toronto, killing 10 people and injuring 15.