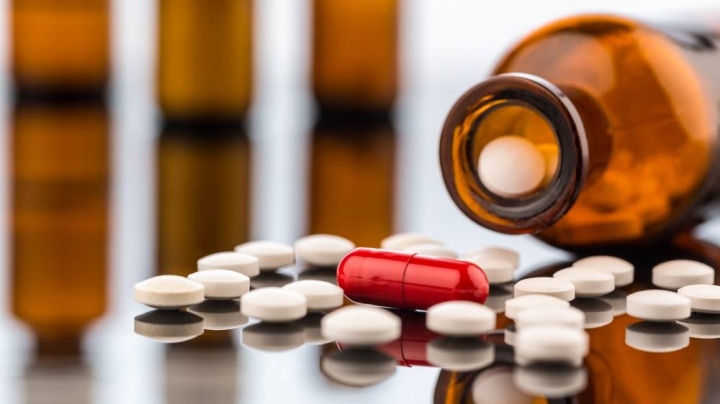 Health Canada has amended its regulations to allow Canadian doctors to prescribe heroin as a treatment for those who are severely addicted to the drug, reports CNN. Last week's change to the Controlled Drugs and Substances Act permits doctors to apply for permission under the federal Special Access Program to offer their addicted patients diacetylmorphine: pharmaceutical-grade heroin.

The government referred to a "medical need for emergency access to diacetylmorphine" in the regulation.

"A number of countries have allowed doctors to use diacetylmorphine-assisted treatment to support the small percentage of patients with opioid dependence who have not responded to other treatment options," the regulation states. "There is also a significant body of scientific evidence supporting its use."

The new rule reinstates an old one, explained Eugenia Oviedo-Joekes, an associate professor in the School of Population and Public Health at the University of British Columbia.

In October 2013, then-Health Minister Rona Ambrose removed diacetylmorphine from the federal Special Access Program and so banned doctors' access to prescription heroin. The new regulation clarifies that heroin can be prescribed to patients only under supervision in specialized circumstances, said Oviedo-Joekes: "They made it a bit more clear how this request should be handled."

Oviedo-Joekes led the North American Opiate Medication Initiative, an experimental drug trial evaluating the feasibility and effectiveness of heroin-assisted treatment in a Canadian context. The study, which is referred to in the new regulation, examined heroin as a treatment for severe addicts in British Columbia and found a higher percentage of female users and a significantly higher prevalence of crack use than in European settings. The authors noted that cocaine addiction jeopardizes the possible results in opioid addiction treatment.

Of course, not all Canadians believe that treating addiction with heroin is a move in the right direction. Ambrose told GlobalNews.ca in 2013 that giving addicts heroin is "not to treat an underlying medical condition, but simply to allow them to continue to have access to heroin for their addiction even though other safe treatments for heroin addiction, such as methadone, are available."

According to Oviedo-Joekes, "methadone doesn't work all the time for everybody. Methadone works very well as a first-line treatment." Addiction, "like any other illness," may require second-line or even third-line treatments.

Prescribing heroin to severe addicts who don't respond to other treatments may not cure them of their habit, according to Oviedo-Joekes and her colleagues, but it can lessen their exposure to life-threatening health risks, such as drug overdoses, blood-borne viral infections and endocarditis, an inflammation of the chambers of the heart. Studies indicate that prescription heroin reduces illicit drug use and so decreases criminal activity and health care costs, so the greater societal toll is lessened.

According to Oviedo-Joekes, opioid deaths in Canada are on the rise. Not all provinces keep count, she said, but the numbers in British Columbia are more than double last year's figures.

"In British Columbia, the last [death] count was beyond 400 people, and it is estimated by the end of the year we will reach 800 deaths due to fentanyl," Oviedo-Joekes said, citing a coroner's statistics.

Fentanyl, a type of opioid, is most commonly prescribed to cancer patients for relief of pain. It is 50 to 100 times more potent than morphine and 30 to 50 times more powerful than heroin.

The crux of the problem is that addicts don't know they are buying fentanyl; they believe they are buying heroin or other opioids. Because fentanyl is so potent, it's easier for drug dealers to make more money with it, so they cut heroin with it, Oviedo-Joekes explained.

"There are going to be other drugs beside fentanyl," she said, noting that drug dealers will find a way to increase their profits: "They'll always be a couple of steps ahead of us."
AFLĂ imediat Știrile Publika.MD. Intră pe Telegram