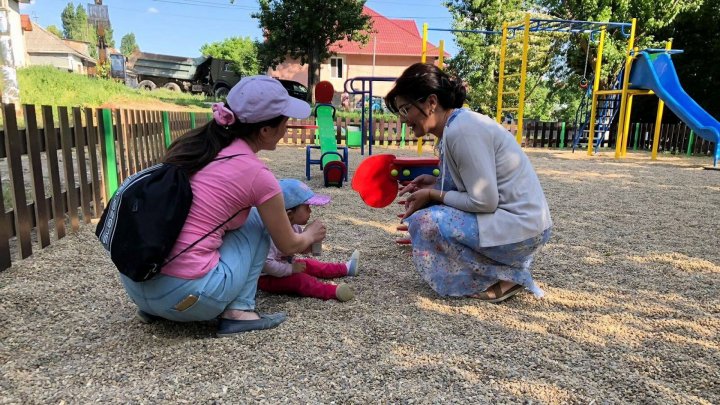 Great joy for children who live in a block on Alba Iulia st. in the Capital. An economic agent has arranged in their yard a modern playground. The action took place within the campaign Do something good for Chisinau, launched by Silvia Radu.

The little ones rushed to try the new playground:

"It's very good here that I can play with my friends."

Parents are happy that the kids will have fun safely near the house:

"It's very good, the kids have new playground and can play near their houses, they will have more friends".

The economic agent promises to build more playgrounds of this kind.

"We joined this project and for three days all the works were completed," said the company's marketing director, Vitalie Crupenencov.

Silvia Radu said she is proud that the project initiated by her as interim mayor is successful.

"What has been done during this election is to strengthen the civic consciousness of economic agents and private apersons. People enjoy their city, love it very much and this is much more important than the outcome of elections," said the former interim Mayor of the Capital, Silvia Radu.

About 10,000 euros was invested in setting up this playground.