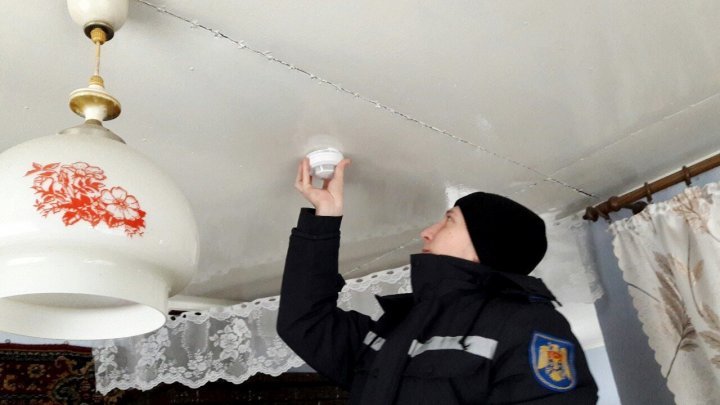 National campaign A house is protected - A life is saved is carried on after being launched by General Inspectorate for Emergency Situations (IGSU) of the Ministry of Interior.

Recently, firefighters have installed smoke detectors for 56 people in the risk group.

Moreover, the rescuers trained people in the use of heating stoves, the operation of household electrical appliances, and the use of thermal boilers.

The National Campaign A house is protected - A life is saved has included more and more localities in the country. 4851 families with 4978 smoke detectors are recorded.

In the coming days, the campaign will reach the localities of Hirova and Radeni, Calarasi district in Lopatnic locality of Edinet district, but also in several localities in the districts of Glodeni and Anenii Noi.

The purpose of the campaign is to prevent risk situations related to incorrect use and breaches of fire regulations of heating sources, which mostly endanger people.

According to IGSU data, 212 fires broke out in Moldova killing 38 people due to breaches of fire regulations since beginning of 2019.