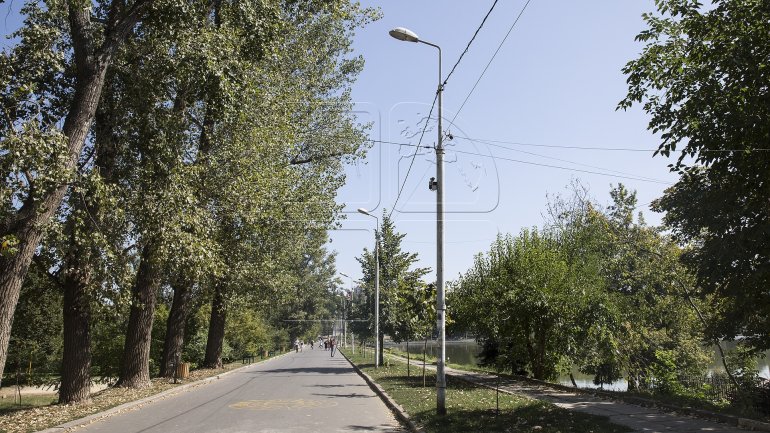 After PUBLIKA.MD's article regarding the destroyed drinking fountains. The City Hall decided to finally put the cameras to proper use.

The redirecting of camera angles was caught on pictures by a photographer from  PUBLIKA.MD

PUBLIKA.MD reminds that three drinking fountains were destroyed and their faucets stolen in the Valea Morilor Park.

A team from "Apă-Canal" (Water Channel) was dispatched to the sight in order to close off the water.

Veronica Herţa, chairman of the company, claims that the faucets will have to be acquired from Romania and that since the beginning of the year nine drinking fountains were installed all over the capital.

PUBLIKA.MD reminds us that Valea Morilor Park has suffered acts of vandalism before. Only a week after the installation, the drinking fountains were clogged with cigarettes buds and gum.

18 security cameras were installed by the City Hall, costing 480 thousand lei, yet the hooligans are hard to identify.

It turned out to be a waste of money, as the administration of "Spaţii Verzi" forgot to approve them.