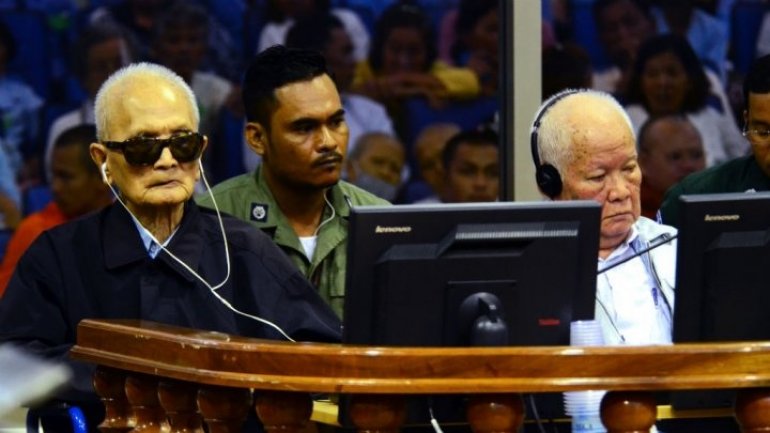 A Cambodian Supreme Court chamber on Wednesday upheld a life sentence for two top cadres of the 1970s Khmer Rouge found guilty of crimes against humanity, a decision a U.N. envoy said sent a message to leaders in North Korea and elsewhere.

Most of the victims of the Khmer Rouge 1975-79 “Killing Fields” regime died of starvation, torture, exhaustion or disease in labor camps or were bludgeoned to death during mass executions. A fifth of the population was killed.

The UN-backed Supreme Court Chamber said Khmer Rouge “Brother Number Two” Nuon Chea, 90, and former President Khieu Samphan, 85, had been found guilty of crimes against humanity, murder, persecution on political grounds and other inhumane acts over the forced evacuation of the capital, Phnom Penh, after the fall of the city in 1975.

“The Supreme Court Chamber affirms the sentence of life imprisonment imposed by the trial chamber on both Nuon Chea and Khieu Samphan,” judge Kong Srim said on Wednesday.

“The Supreme Court orders that Nuon Chea and Khieu Samphan remain in custody.”

David Scheffer, the U.N. Secretary-General’s envoy to the tribunal, said that the judgment sent a message to leaders around the world.