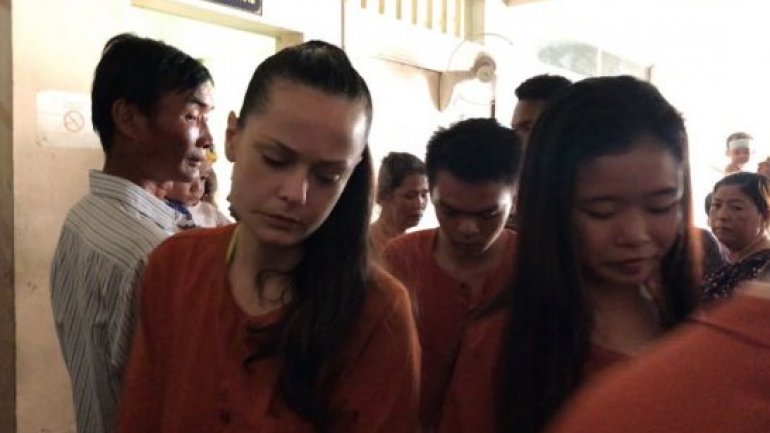 A moldovan woman accused of forcing her employee to have sex with customers due to debt bondage denied the offence yesterday in Phnom Penh (capital of Cambodia).
Liudmila Bejenari, 28, known as “Linda”, was arrested in June 2015 after a sudden raid conducted by anti-trafficking police in Ga-Do Italian Pizza and Wine Shop (Phnom Penh).
The victim – who is known only by her first name, Christina, and is also from Moldova – was 19 at the time of the raid.
According to the complaint, filed by Christina and read in court, Linda met Christina in Moldova and “lured” her to Cambodia with the promise of work. Linda then allegedly confiscated Christina’s passport, did not pay her a salary and forced her to have sex with customers for money.
Phnom Penh police made the arrest after a request from Moldovan police, who were alerted to the situation by Christina’s parents. Christina is now seeking $20,000 in compensation.
Linda now faces up to 20 years in prison.
The trial faced repeated delays over the last two years, due to lack or absence of lawyers and translators.

Judge Svay Tonh said a verdict will be handed down on August 2.