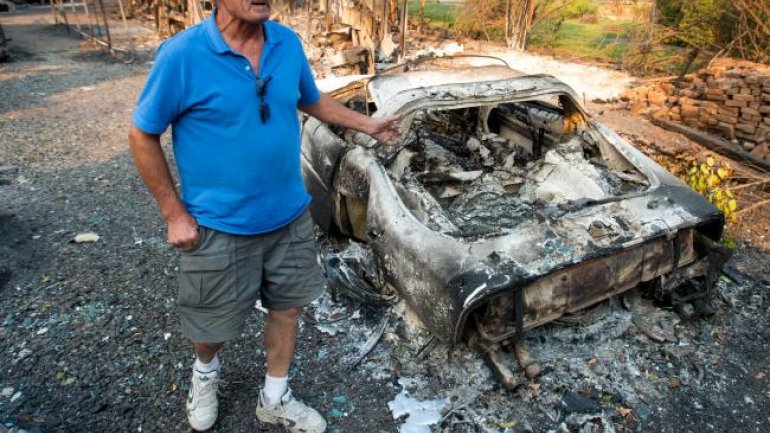 At least 10 people are dead after more than a dozen wildfires whipped by powerful winds swept through California wine country.

The Northern California county of Sonoma has revealed it has received more than 100 missing-person reports from family and friends unable to make contact with loved ones as the firestorm rages across the countryside.

It was unusual to have so many fires take off at the same time, fire officials said, though October has generally been the most destructive time of year for California wildfires.

The ferocity of the flames forced authorities to focus primarily on getting people out safely, even if it meant abandoning structures to the fire. The fire area covered more than 160 square kilometers over eight counties.

The fires also damaged the Silverado Resort in Napa and a Hilton hotel in Santa Rosa, the largest city in the fire area, with a population of about 175,000.

Firefighters rushed to a state home for the severely disabled when flames reached one side of the centre’s sprawling campus in the historic Sonoma County town of Glen Ellen. Emergency workers leapt from their cars to aid in the evacuation. Crews got the more than 200 patients from the threatened buildings, one firefighter said, as flames closed within a few metres. Residents throughout the area described a headlong flight to safety through smoke and flames.