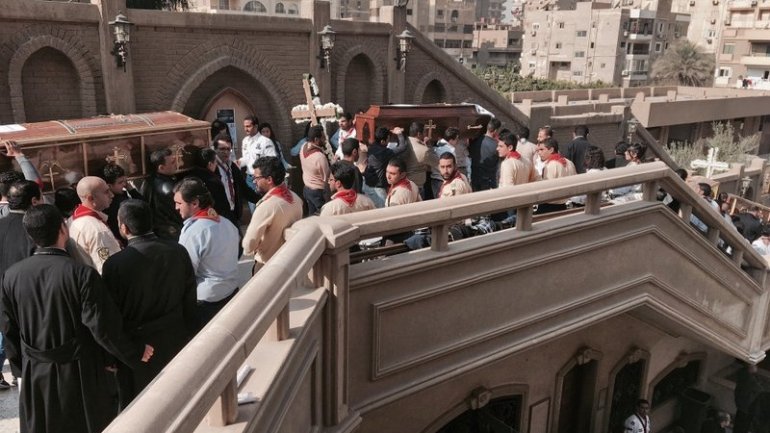 Egypt's president says a suicide bomber caused the explosion that killed 24 Christians during Sunday Mass at a Cairo chapel.

He says three men and a woman have been arrested in connection with the attack at a chapel adjacent to Cairo's St Mark's Cathedral, the seat of the Coptic Orthodox Church.

The president spoke after Health Ministry officials revised down the number of victims to 24, suggesting that the 25th body belonged to the bomber, AP reports.
AFLĂ imediat Știrile Publika.MD. Intră pe Telegram