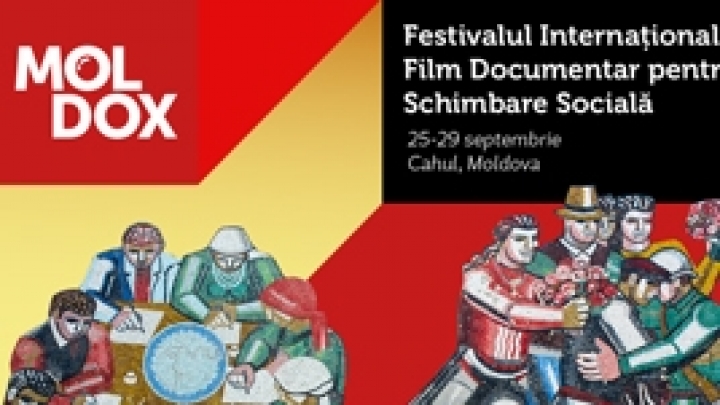 The Moldox International Social Change Documentary Festival will be for the first time conducted in the Moldovan town of Cahul, Infotag informs.

According to its organizers, the main goal of Moldox is to organize a film festival accessible to everyone, focusing its participants’ attention on urgent social problems.

Festival guests will have the opportunity to watch the best social documentaries from all over the world. The festival also includes conducting of events, seminars and workshops, dedicated to everyone, who wants and can make social changes by means of documentary art in cinema.

“Today, people need social changes. We do not insist that this can be done easily, but we would like that a platform to be created for understanding and discussing this. The documentary films to be screened were chosen because namely they demonstrate the reality. Moldova has its own reality and it should be seen on the screen. When the story is made into a movie, it is easier to find solutions for problems. I think that all the films, selected for the festival, suggest solution to certain problems”, said festival founder Maxim Carlan.

This year, movies and seminars are concentrated on such topics as freedom of opinion, escape, Earth and man.

The event is organized by the company SVENSKA FILMSTUDION, Art Development Association and CONTACT-Cahul Center with support of Swedish Institute, Swedish and US embassies to Moldova, Cahul primaria, Friedrich-Ebert-Stiftung Foundation, DVV International and the Romanian Culture Institute.

The Moldox is the single festival of documentary film in Moldova, dedicated exclusively to the documentary literature with social component. According to forecasts, the festival will gather over 3 thousand visitors.