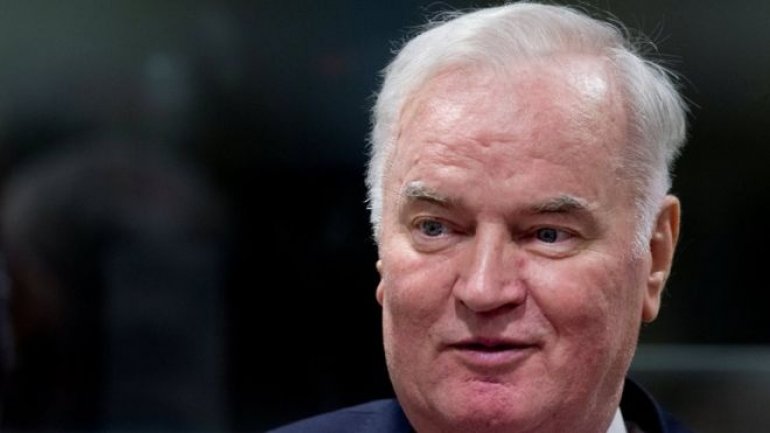 Former Bosnian Serb commander Ratko Mladic has been found guilty of genocide for some of the worst atrocities of the 1990s Bosnian war.

Known as the "Butcher of Bosnia", he faced 11 charges, including crimes against humanity, at the UN tribunal.

He was convicted of the massacre of more than 7,000 Bosniak (Bosnian Muslim) men and boys at Srebrenica in 1995 and the siege of Sarajevo in which more than 10,000 people died.

Mladic was sentenced to life in prison.

The 74-year-old was removed from the courtroom shortly before the long-awaited sentence was read, after shouting at the judges. They had rejected a request by his lawyer to halt the proceedings because of his high blood pressure.

At the start of the session, he appeared relaxed, smiling and gesturing to the cameras.

Mladic had been on trial at the International Criminal Tribunal for the former Yugoslavia (ICTY) since 2012. His case is the court's last.

At the end of the war in 1995 he went into hiding and lived in obscurity in Serbia, protected by family and elements of the security forces.

He was indicted for genocide and crimes against humanity but evaded justice for 16 years. He was finally tracked down and arrested at a cousin's house in rural northern Serbia in 2011.

The verdict was watched by victims and their relatives in a memorial centre near Srebrenica, and followed by dozens of people who gathered outside the courtroom, carrying pictures of those who died or were still missing.