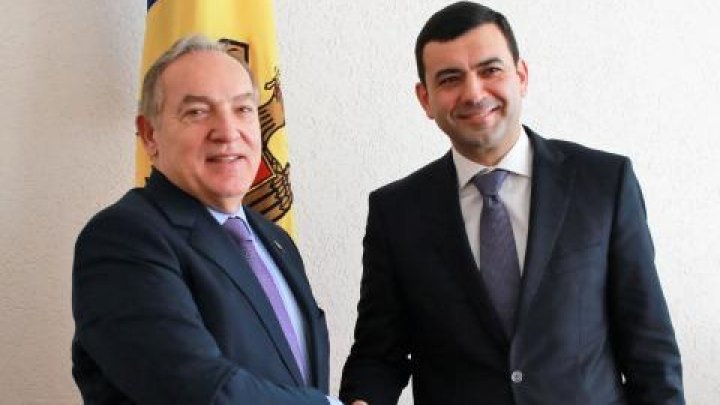 The Business Forum where entrepreneurs from Republic of Moldova and Turkey will participate, will take place in Istanbul, on 23 March. The event's date was established today, during the meeting of Minister of Economy and Infrastructure, Chiril Gaburici, with Turkish Ambassador to Moldova, Hulusi Kiliç.

"The business forum is meant to present investment opportunities in Republic of Moldova, in companies form Moldova and Turkey, to diversify Turkish investments in our country and consolidate bilateral economic relations" Chiril Gaburici said.

During the talks, Minister of Economy and Infrastructure has reiterated the importance of signing, at the Forum, an cooperation agreement between entrepreneurs from Moldova and Union of Chambers and Commodity Exchanges of Turkey. During the Forum will also be presented facilities offered by bilateral Free Trade Agreement, which came into force starting 1 November 2016. Minister Chiril Gaburici will also have a number of meetings, including with his Turkish counterpart.

Last year, the trade between Moldova and Turkey reached over 408 million USD, a 22.4% growth compared to 2016.