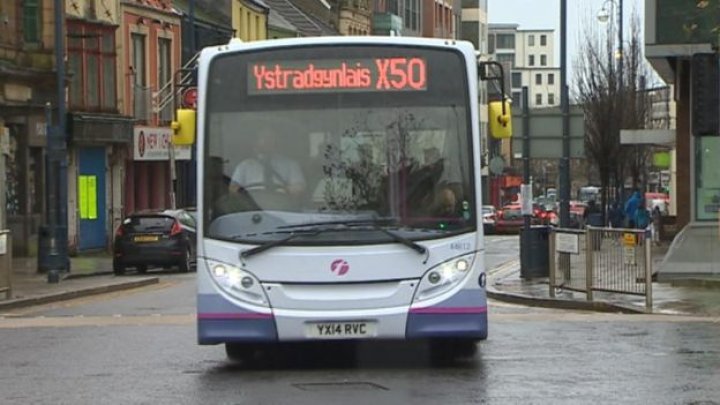 Late-running buses in Swansea, Wales, will be able to make up time because they have been fixed with trackers which will tell traffic lights to turn green, reported BBC.

GPS tracks where the buses are with what time they should be at each bus stop.

If they are running on time, the lights will operate in their usual sequence but that will change for a late bus.

The system has started operating in the city center and will be expanded to other key routes.

First Cymru, which runs services in the city, believes it is the only area in Wales using the system.

"We have the ability to know exactly where our vehicles are minute by minute as the day progresses," said the firm's managing director Justin Davies.

"As we collect that data, that's going to be transmitted into the local authority in Swansea.

"If a bus is running a little bit late, the traffic lights will change to favor the bus to enable its journey to be slightly speeded up and catch up the time.

"Where the bus is running normally the traffic light sequence will be absolutely as it is."

Similar technology is already in use or is being discussed in other parts of the UK, including London, Newcastle and Cambridge.

More than £300,000 has been spent by Swansea council to install the technology on traffic lights following a Welsh Government grant.

But Mr Davies said it was very cheap to run and was already having an impact.

"Because we've got so much more information now than we've previously had, we're starting to see quite clearly where the timetables don't quite work or where the services aren't working as well as we want them to - the punctuality isn't where it needs to be," he added.

"We need to go through the process of adjusting the timetables, work out where we need to take some time away from journeys or even add a bit of time in."

"Over the next six months, you'll see a step change in the quality of service being delivered."