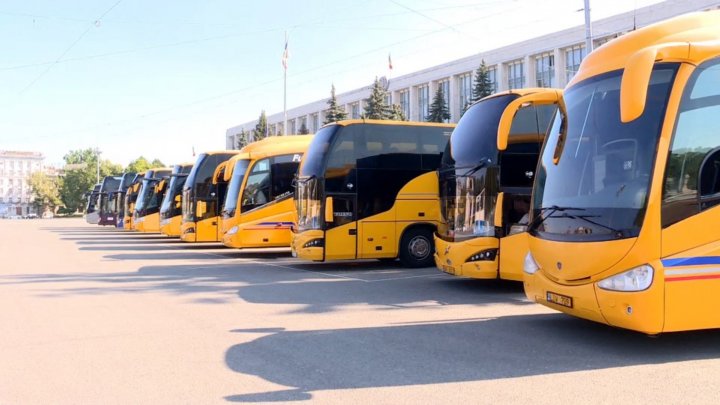 Employees of a transport company gathered 10 buses on the Great National Assembly Square on Monday to express their anger at the fact that their chief needs to flee abroad from the Moldovan justice. The Moldovan businessman Eduard Begu is accused of burning down many buses of the competitor.

His wife said that this lawsuit was manufactured.

"The file was manufactured by an unfair justice. They want us to flee from this transport market", said the company administrator Natalia Begu.

The drivers said they would protest for three days.

"Our motive is really serious. It's not at all simple."

"For our company because we can't work without our chief. We don't want to lose this job".

According to the prosecutor Angela Pleşca, there exists relevant evidence which points to the guilt committed by Eduard Begu and two business partners. The three risk 15 years in jail.

There are other seven persons involved in this case who ordered and executed the orders.