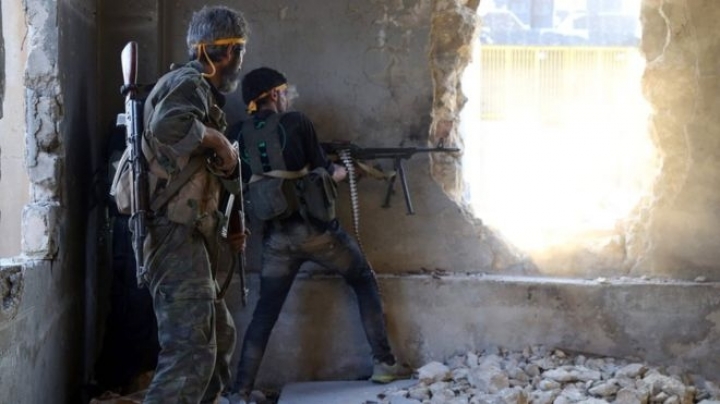 A suicide bomber detonated an explosive vest on a bus in Syria near the Atmeh border crossing with Turkey late on Sunday, killing at least 32 people, the Syrian Observatory for Human Rights said, reports Reuters.

The bus was carrying fighters from foreign-backed rebel factions, local sources said. There was no claim of responsibility for the explosion.

Pictures circulating on social media showed the burned out remains of a bus and medics treating wounded people.

Turkey's CNN Turk television reported that the explosion took place at the entrance to Atmeh refugee camp in Syria, near the border crossing, citing local sources.

Syria's Idlib province, where Atmeh is located, is a major bastion of the Turkey-backed opposition to President Bashar al-Assad's rule.