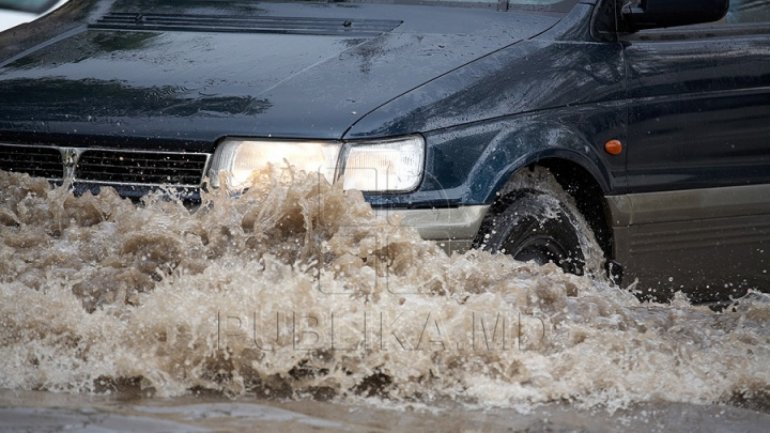 Lev Tolstoi street from Capital was flooded, after a water pipe was broken and water is pouring out since early morning, reaching up to Constantin Negruzzi boulevard. Pedestrians had to walk through water, lift their children and even bicycles.

Elderly people and those with small children had the hardest time crossing the street.

"It was difficult. I had to lift my child and my legs got soaked, as my shows were not made to resist water. Not to mention that cars go down the street and splash water everywhere."

"It is impossible to cross with the child and stroller, we have to go around."

Nearby residents confess that accidents happen often on this street.

"The water is pouring since 6 am. Nobody fixes it and accidents happen at least once per week. This street is considered to be the dirtiest in the Capital."

"There is a water pipe that is constantly braking and leaking. Of course it will be the nearby residents who will have to pay for it."

"I live down the street and its flooded there. It rises to 20 m³, a whole village could use this amount to take a bath, but nobody cares. The same happened last week."

"There was a crack and the new pipe couldn't handle it, it started leaking. The new and old pipes are located one near another" JSC "Water-Canal Chisinau" employee, Ştefan Lachi declared.

Only last week in the Capital were registered 265 leaks and 289 blockages.  JSC "Water-Canal Chisinau" handles all the water losses from Chisinau.