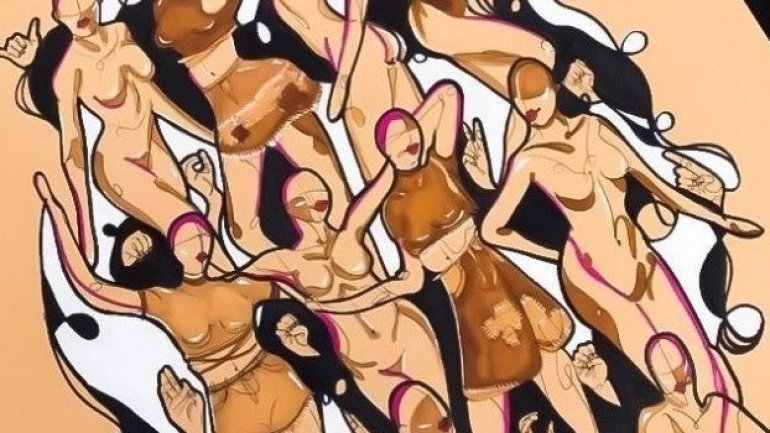 A college student has turned the act of telling someone off into an art form, according to huffingtonpost.com.

Lama Ali, who attends school in Virginia, had three final assignments due on the same day for her fashion drawing class. Exhausted after working on one painting for seven hours straight, the 20-year-old decided to include a message in American Sign Language to her professor:

“You got me fucked up,” a bunch of hands in the painting spell out in ASL, in a form of sign known as fingerspelling, which uses signs for each letter, rather than for the words themselves.

“Honestly the idea just came to me while I was finishing up the piece,” Ali told The Huffington Post. “I was looking at it and thought, ‘This could really use something else.’ And then the idea struck me: Why not secretly express how I was feeling while struggling at the library at 4 a.m.?”

Ali, who does not know ASL, told HuffPost she taught herself a little bit just for this particular assignment.

“You know it’s bad when you have to learn a whole other language to express how done you are,” she said.

Once the fashion design major had finished her masterpiece, she posted it to Twitter on Dec. 7, where it has received over 113,000 likes and 48,000 retweets. And people really love her unbridled level of full-on pettiness.