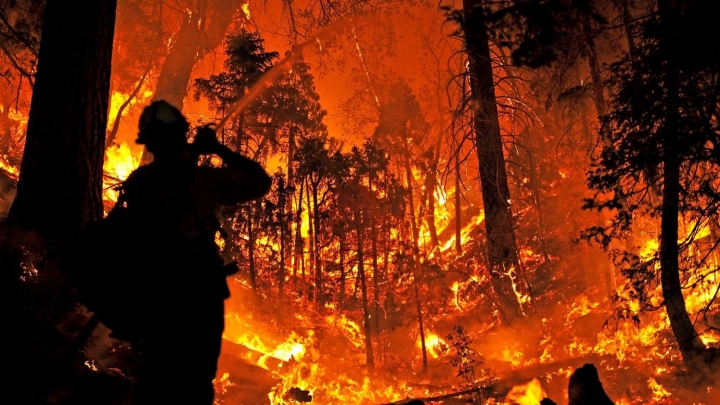 Tousands of homes remained evacuated Sunday as two massive wildfires raged in tinder-dry California hills and canyons, and authorities said a burned body was found in one neighborhood swept by the flames.

Firefighters have been working a fire up and down ridgelines since Friday that has blackened 31-square miles of brush on the edge of Santa Clarita and the Angeles National Forest. About 300 miles up the coast, crews were battling another blaze across 10-square miles north of the majestic Big Sur region.

The body was discovered Saturday evening outside a home on Iron Canyon Road in Santa Clarita, just north of Los Angeles, and detectives are trying to determine whether the person was killed by the blaze or another cause, Los Angeles County sheriff's Lt. Rob Hahnlein said.

The home also may have burned, he said.