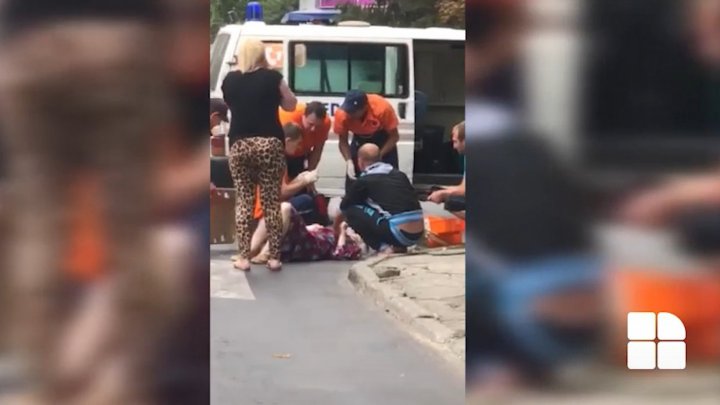 Accident in the Buiucani sector of the Capital. An old woman was hit on the pedestrian crossing by a driver, at the intersection of Coca and Vasile Lupu streets.

According to the witnesses, the old woman passed the street in red light. An ambulance was called to the scene.

After the incident, the driver locked himself in the car and refused to talk to the PublikaTV team.