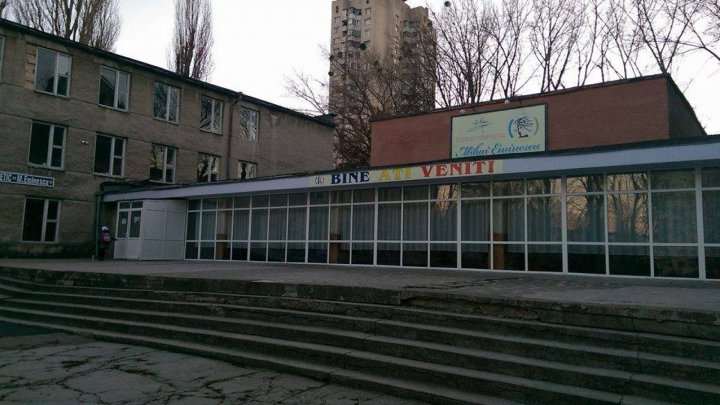 Pupils from Mihai Eminescu Lyceum from the Capital will no longer need to wash their hands with cold water, or use a rotten gym. The institution will soon be renovated with money offered by Romania. The decision belongs to Interim Mayor, Silvia Radu and her Romanian counterpart, Gabriela Firea.

Ludmila Dan has been teaching history in the lyceum for the past 36 years. The woman claims that since she begun, the institution was never repaired.

"This classroom, like many other, is repaired from the money given by parents. The corridors though, are another story. The water pipes are very old", Ludmila Dan declared.

The gym of the institution has also seen better days: the roof is rotten, while the paint is peeling off. Pupils can barely resist a single class in there.

"I love football, basketball and volleyball. I wish to play, but it is hard to do so in those conditions, the mold makes it hard to breath" pupil Vlasis Sîli declared.

"Some classrooms are in an awful state, not to mention the bathrooms, canteen and corridors. I study here for 11 years and always had to wash my hands in cold water. I hope by the time my little sister will go to first grade she will have better conditions", Gabriela Pântea said.

"Mr. Chirtoacă has been here once and made some amazing promises. We heard much, but it all remained only fantasy" teacher Iulia Tanasov said.

"First of all I would like for the gym to be repaired. From what we spoke with Madam Mayor, we decided that the institution also need thermal insulation to save money on heating. The pipelines also needs some works to be done" director of Mihai Eminescu Lyceum, Dan Mihai Nuţu said.

"There are some tables I believe to be over 50 years old. The children deserve better" interim Mayor Silvia Radu said.

This year, the institution marks its 50th anniversary.