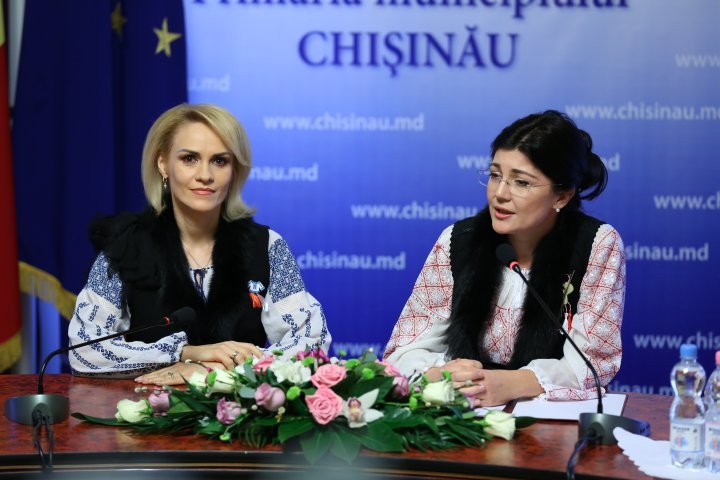 Silvia Radu, came with a thank-you message for all supports provided for Chisinau.

"Thank your for friendship between two capitals. I hope these projects will benefit our citizens", said Silvia Radu, head of the Capital.

Additionally, both mayors talked about the efficiency of municipal enterprises, concrete projects related to experience in the management of older people, transport, but also areas of education and health.

"I all came here as your friend, I came to help and support our brothers in Chisinau. I did not come to Chisinau to do politics, I came to Chisinau to make public policies. It is a great pleasure for me to be in Chisinau this month, in the Centenary. We try to do our best to improve welfare of citizens who give hopes to us. We do not want to stop here, we want to continue with a collaboration on the delegation of public services so that public money is spent intelligently , not to be a waste of money.

"We also want to share our experience on developing a smart city. We want the citizens of Chisinau to benefit from all the discoveries: smart parking, smart traffic lights. We want cooperation in terms of urban regeneration.

"At the same time, a collaboration in the field of road infrastructure and transport.

"We want to support the consolidation of maternity Nr1, we also want to get involved in the rehabilitation of the Mihai Eminescu high school in the capital, but also to offer 500 places in summer camp for the students in Chisinau. We will organize many cultural events including to exchange the theater troupes. We will also make book dontions, and today we came to Chisinau with a donation of 600 books, "said Gabriela Firea, the mayor general of Bucharest.