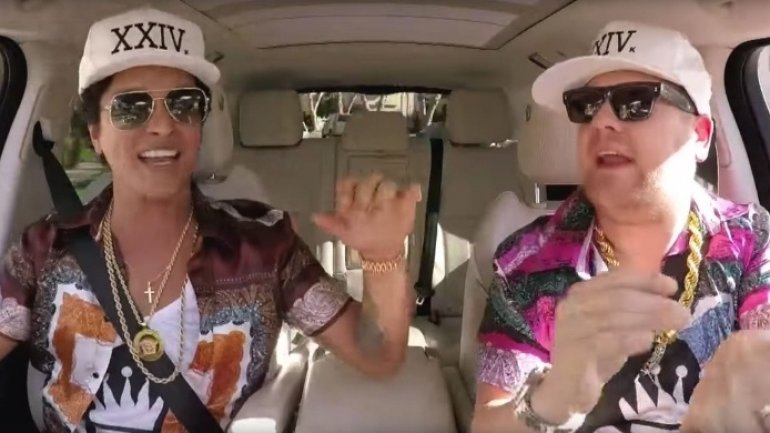 Happiest person on earth Bruno Mars finally did the inevitable and appeared on Carpool Karaoke, and it was perfect, according to cosmopolitan.com.

Bruno is the ideal candidate for Carpool Karaoke because (1) he can really sing, (2) his seat-dancing skills are incredible, and (3) he’s an unstoppable ball of joy. James Corden believes Bruno's unshakable happiness is partially attributable to his wardrobe, which mostly consists of silk. “If I was wearing that level of silk, I think I would be happy as well,” James said.

James also has a theory that Bruno looks good in every single hat that touches his head, and that is correct. In addition to his XXIV hat, Bruno tries on a giant top hat and a turquoise feathered number, both of which look so great on his head that it’s like they’re actually part of his body. By the end of the segment, Bruno gets James in silks and chains, and he really does look a lot happier. Does Bruno Mars know the secret of life?