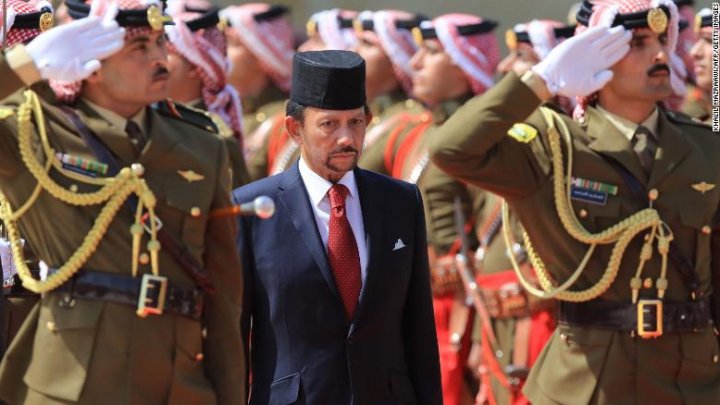 Brunei's foreign ministry has said implementing Sharia law is about prevention rather than punishment, after intense criticism of its decision to implement the strict Islamic code, writes BBC.

Under the new laws, adultery and sex between men is punishable by stoning to death.

Brunei said there would be a high threshold for evidence in those cases, suggesting punishment would be rare.

It comes after the UN called the punishments "cruel and inhuman".

Brunei has sent a response from Erywan Yusof, the minister of foreign affairs, to the United Nation's (UN) criticism saying Sharia law "focuses more on prevention than punishment. Its aim is to educate, deter, rehabilitate and nurture rather than to punish".

It also said Sharia does not criminalise based on sexual orientation or belief, including same-sex relations.

The criminalisation of "adultery and sodomy is to safeguard the sanctity of family lineage and marriage of individual Muslims, particularly women", according to the statement.

The statement also clarified that for the maximum punishments of amputation or death to be carried out in the case of certain crimes, at least two men of "high moral standing and piety" would have to bear witness.

It added that these men would have to live up to "extremely high" standards, making it "[extremely] difficult to find one in this day and age".

UK Foreign Minister Jeremy Hunt also said on Thursday he had spoken to the Bruneian foreign minister who had suggested that Sharia prosecutions were, in practice, unlikely.

The statement from Brunei's foreign ministry comes in response to the UN's criticism of the country's decision to implement the second phase of Sharia law on 3 April.

The first phase of Sharia law, which covered crimes punishable by prison sentences and fines, was implemented in 2014.

The UN's High Commissioner for Human Rights sent a letter on 1 April to the Brunei mission in Geneva warning that the planned implementation of the new laws contravened international human rights standards set out in the 1948 Universal Declaration of Human Rights - which was ratified by Brunei in 2006.

Regardless, Brunei went ahead with the implementation of the new laws, under the continued phasing in of Sharia alongside common law.

Under the new laws, individuals accused of certain acts will be convicted if they confess or if there were witnesses present.

Offences such as rape, adultery, sodomy, robbery and insult or defamation of the Prophet Muhammad will carry the maximum penalty of death.

Lesbian sex carries a different penalty of 40 strokes of the cane and/or a maximum of 10 years in jail. The maximum punishment for theft is amputation.

The decision to implement the strict Islamic laws sparked global condemnation, with celebrities including George Clooney, Elton John and others calling for a boycott of the Dorchester Collection group of hotels owned by Brunei's investment agency.