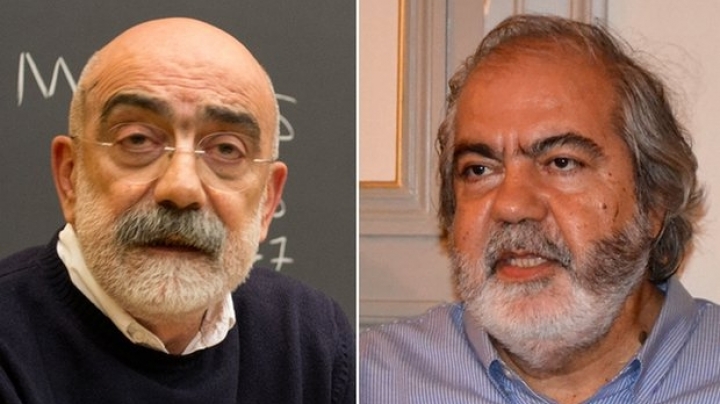 The Turkish police has detained Ahmet Altan, the journalist and author, and his brother Mehmet Altan, a prominent academic, raising international concern over Turkey’s continued arrests of government critics in the wake of the bloody coup attempt in July, reports The Guardian.

The state-run Anadolu press agency reported that the two were detained early on Saturday over allegations of spreading “subliminal messages announcing a military coup” in a TV interview on 14 July, the day before sections of the Turkish military attempted to overthrow the justice and development – or AK – party’s government. Two hundred and sixty people were killed.

Ahmet Altan was editor-in-chief of Taraf, a daily newspaper, for five years until 2012. The newspaper, one of over 100 media outlets that have been shut down since the botched coup, was seen as having close links to the network of Fethullah Gülen, a US-based cleric whom Ankara accuses of being behind the bloody coup attempt. The preacher has denied any involvement.

The channel – Can Erzincan TV – that aired the interview hosted by Mehmet Altan, a prominent economist and academic at Istanbul University, has since also been shut down by Turkish authorities over alleged links to Gülen. Nazlı Ilıcak, a well-known journalist, had also participated in the programme and was arrested on terrorism charges on 29 July.

Veysel Ok, a lawyer, said that he has not been able to speak to either of the two brothers since they were detained on Saturday morning. “Because of the [emergency decree], lawyers can be kept from speaking to their clients for up to five days,” he said. “At this point we don’t know what they have been accused of and we were barred from seeing any of the related documents. I currently only know what has been reported by the [state-run] Anadolu news agency.”

In an open letter of support for the Altan brothers and other imprisoned writers and journalists, 54 authors, academics and publishers, including Elena Ferrante, JM Coetzee and Turkish Nobel laureate Orhan Pamuk, condemned Turkey’s “vendetta […] against its brightest thinkers and writers who may not share [the government’s] point of view”.

Turkey has intensified its attack on the media since the coup attempt in July and over 100 journalists have been arrested as part of an investigation of possible coup plotters. Three months into the country’s state of emergency the government has the authority to rule by decree and has ordered the closure of 102 media outlets, including 45 newspapers, 16 TV channels, three news agencies, 23 radio stations, 15 magazines and 29 publishing houses.

A total of 2,308 media workers and journalists, some employed by outlets with alleged ties to the Gülenist network, have lost their jobs. Hundreds of government-issued press accreditations have been cancelled and an unknown number of journalists have had their passports revoked, thus banning them from foreign travel.

Prominent writers and human rights defenders, including the award-winning novelist Aslı Erdoğan and Necmiye Alpay, a linguist, have also been arrested on terrorism charges.