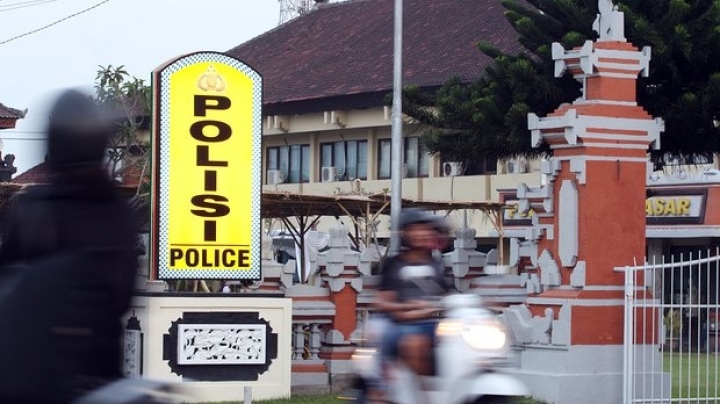 Police in Bali arrested an Australian and a Briton over the weekend and have accused them of possessing more than 17 grams of cannabis resin, reports The Guardian.

Guiseppe Serafino, 48, from Perth and David Matthew Fox, 54 from Shrewsbury in Shropshire, remain in custody and are being interrogated for drug possession, a crime which carries a maximum 12-year sentence.

Indonesian police said both had been living in Bali for five years, according to News Corp Australia. It said the duo were arrested on Saturday following a tipoff from a local resident.

The Denpasar police chief, Hadi Purnomo, was cited as saying Serafino had hashish, or cannabis resin, weighing 7.2 grams inside a black bag in Sanur, a coastal town on the south-east of Bali island.

He said the detained Australian then arranged to meet Fox in an apparent police sting at a bar in Sanur, where about 10 grams were allegedly found on the British man.

The pair could receive between four and 12 years imprisonment and fines close to £500,000.

Indonesia has some of the harshest drugs laws in the world and even small amounts of narcotics can lead to years in jail. The death penalty has been used for drug smuggling charges.

The Indonesian president, Joko Widodo, has promised to crack down on drug traffickers and four prisoners were shot dead in July. They were the first executions since 14 people were killed last year, nationals of Brazil, the Netherlands and Nigeria among others, as well as two Australian men.

“I have swapped the bunkers of conflicts for the more sedate bunkers of some of Asia’s finest golf courses,” he said.

The British Foreign Office said it was “in contact with local authorities and are providing assistance to a British national who has been arrested in Bali”.

Asked about Serafino, the Australian Department of Foreign Affairs and Trade said it too was providing consular assistance but did not name the person.